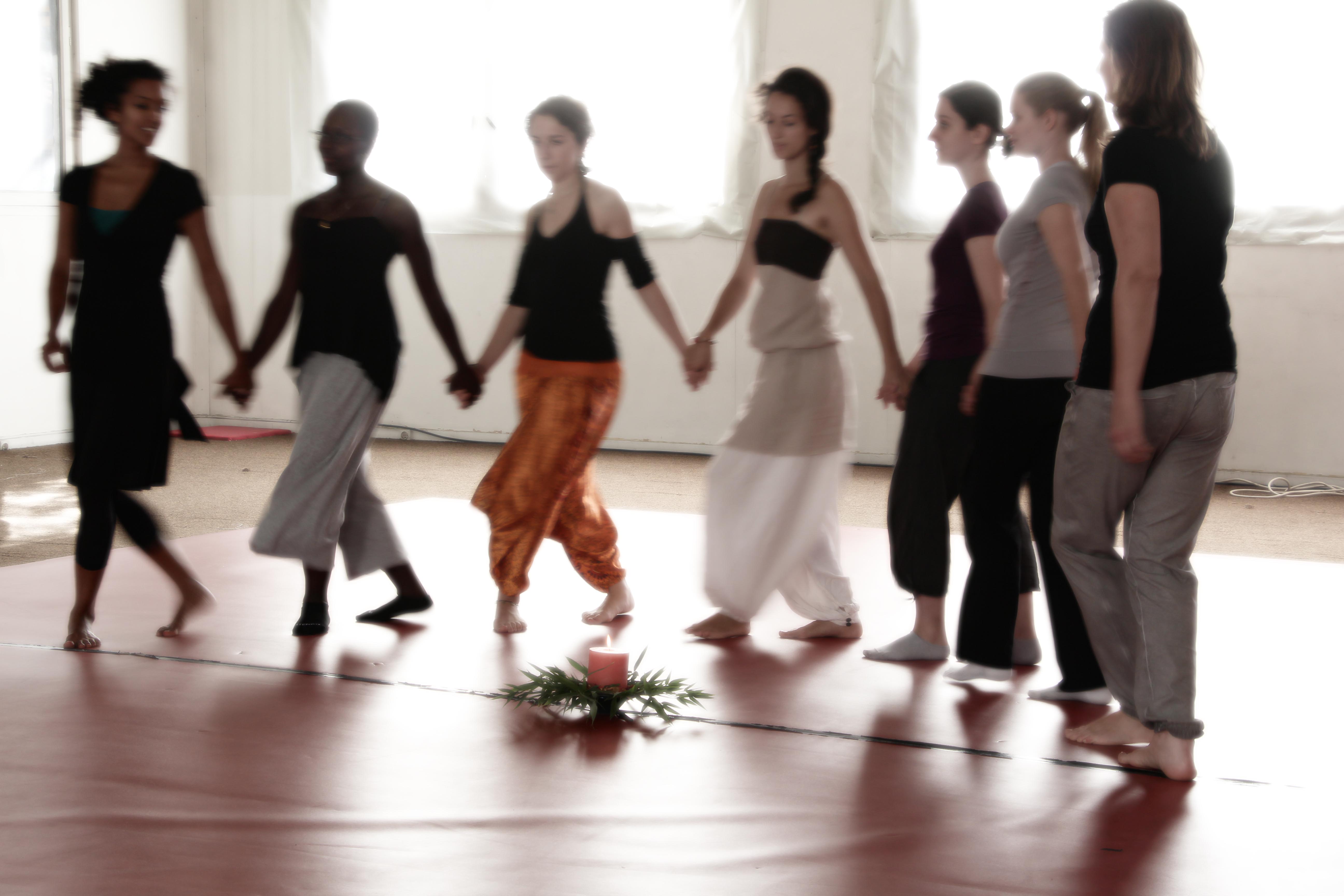 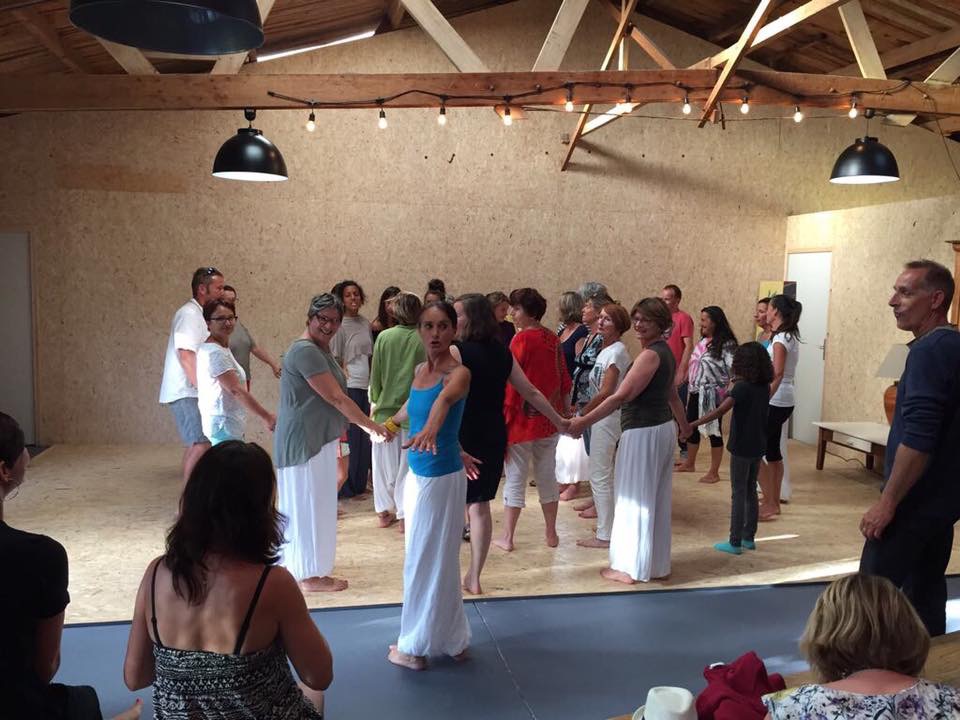 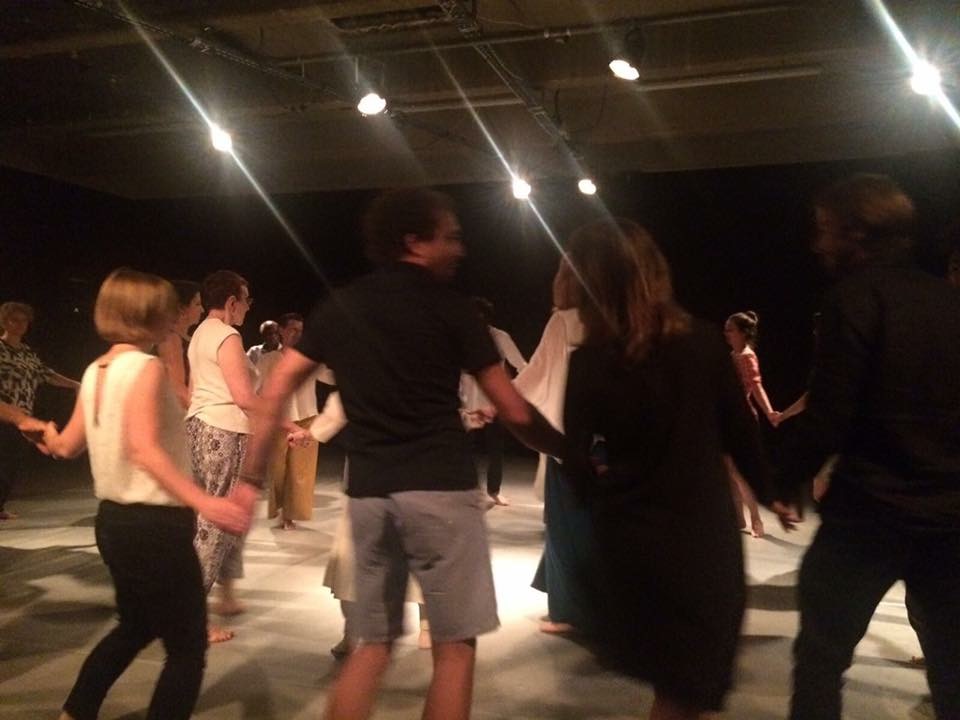 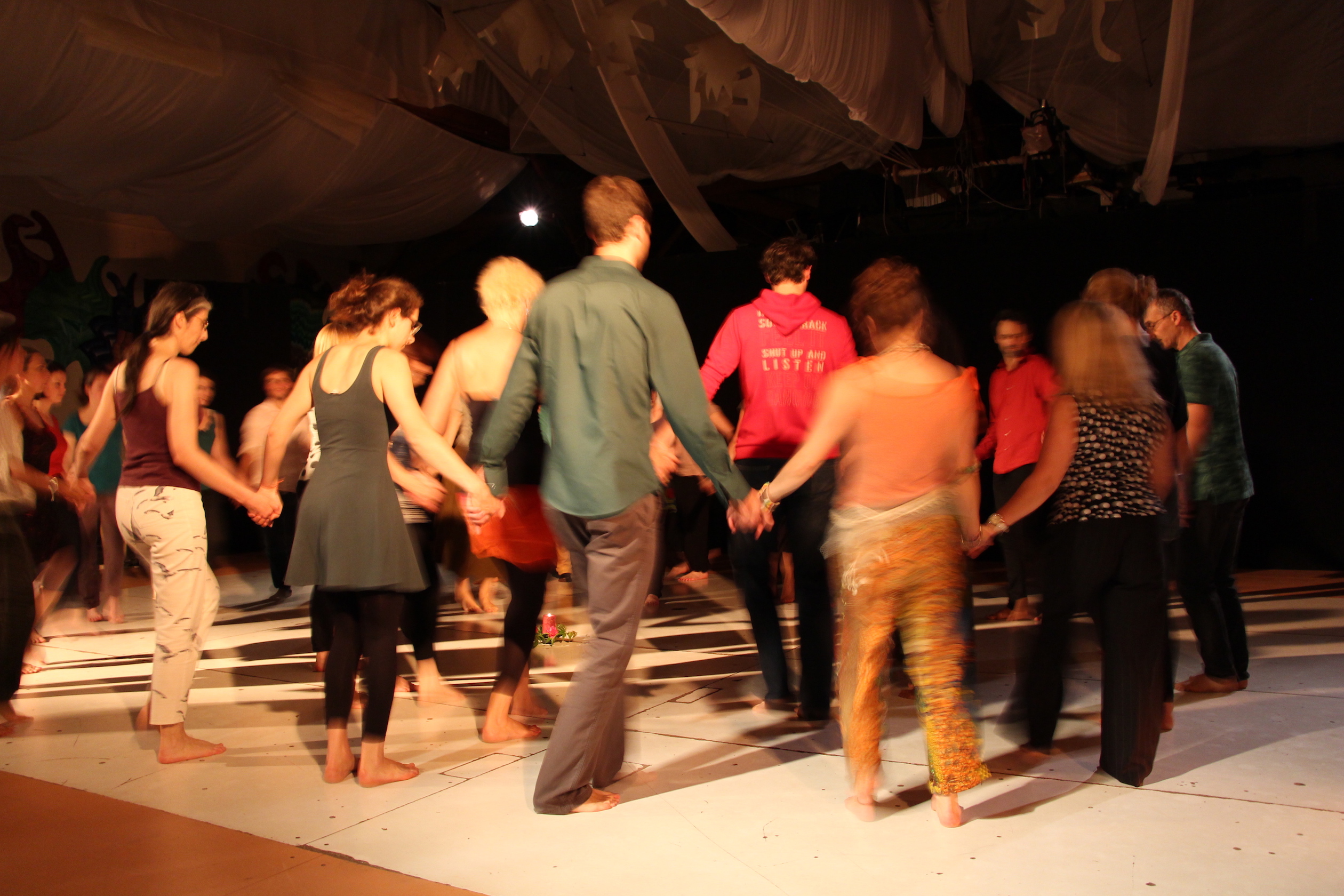 The circle dances proposed by Jyotsna come from meetings with dancers from different cultures and traditions.

They are traditional and contemporary dances. They make us enter into the history of symbolical gestures related to the senses and to the rituals of human life. Born out of different cultures, they cause us to travel through the global varieties of music and dance.

The circle dances draw their strength from the repetition of the movements they propose . The dancers can thus work on their presence and their consciousness of the gesture while, at the same time, appropriating it.
These different characteristics make these dances « root dances ». They give solid bases which facilitate personal expression and its integration into a group.

A large part of the dances are coming from the « sacred* circle dances » movement, born in 1976 at Findhorn, a  community in Scotland. This movement of dances was founded by Bernard Wosien, a German ballet master. He had collected very old traditional dances from Eastern Europe : Greece, Bulgaria, Macedonia, and Romania. He believed that these dances encoded ancient knowledge, and was concerned that they would be lost. The Findhorn Community took on the dances and began chorographing new ones. Bernard wanted dance to be less of a domain of experts,.He wanted it to return to its essence, and to the people.

*The Sacred a word wich provokes controversy and questions.

Here we are talking about Sacred in a sense of connecting the inner with the outer, the essence of the mouvement and its meaning.
Like Maurice Béjart says « True art is not meant to make you fly away but to bring yourself together to the core of your own expression. »
The quest for sacred is deeply profan.